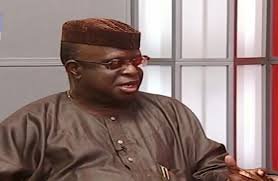 Why is
it that despite the clamour for the youth to be given the chance to
lead the country, we still have those who have been in the corridors of
power for long calling the shots?

Honestly, I do not see that possibility of youths just taking over
because generations do not shift for other generations, except they are
pushed; unless we have a young leader with a clear vision and
well-articulated programme that will appeal to the majority of the
people like we find in the countries of Europe such as France and
Austria. The old generation argument is based on the false assumption
that politics in Nigeria is driven by ideas, vision and ideology.
Unfortunately, that is not the case. Politics in Nigeria is competition
for power; it does not matter how that power is attained. The electorate
in Nigeria is not only largely illiterate but largely ignorant, let us
not deceive ourselves. You can have illiterate and ignorant people; you
also have people who are literate but ignorant. Those in the last
category do not read enough, yet they are literate, particularly when
you are talking of a country where the illiteracy rate is high. When you
are looking at a population that is predominantly illiterate, ignorant
and cannot even assimilate the basic elements of political debates and
ideas, you cannot talk of generational shift. The people who have been
in power and who have created the connection, network and resources over
the years will continue to come together to take over power. That is
why you find in Nigeria that politics is a revolving door within the
same group, moving from one party to another. This is because there is
simply no idea involved; they are the personalities that are visible.
They have the resources to talk to the people – you need resources to
talk to the people. I was reading one senatorial candidate who said when
they go on campaign, it is not what you want to do that makes people
gather to listen to you. The first thing they want to see is money for
their entertainment. They want to see that you are prepared for them by
first serving them water and drinks before the packs of rice. The
leaders of each group will wait to see what you have brought. All the
promises of development in the health care, education and road
infrastructure, among others, are irrelevant to them. 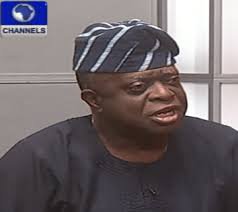 Over the years, people have developed
cynicism about politicians in Nigeria because they know that they make
promises and do nothing. Do not expect that they would wait for you to
come and make promises and be enthusiastic about your vision. They only
want to see the money. That is why the Ekiti modem (vote buying) was
very effective. The people want instant gratification. No need for
promises. When you see the pattern of campaigns in the United Kingdom,
France, the electorate go all out to listen to the ideas their would-be
leaders have in store for them. In essence, political campaigns should
not be a jamboree as it is in Nigeria. Unfortunately, the candidates
take advantage of the ignorant position of the electorate to say all
kinds of things.

Have you not seen some younger politicians now talking about ideas?

Yes, I have listened to some young
presidential candidates with all their ideas. Unfortunately, they do not
have the money with which to campaign; no money to buy television
space, adverts in the newspapers and other logistics. The most
persuasive candidates, unfortunately, are the ones who cannot go
anywhere. They are articulate and when you listen to them, you want them
to be our president. But I can assure you that they do not even know
the Nigerian politics. This is because to be the president of the
country, you have to first put at least N10bn on the table; it is the
starting point. So, where will these young people, who have ideas, get
that kind of money? The truth is that the new generation of young
politicians do not have the money to penetrate. The young people who
have the resources do not have the courage to seek top elective offices.
It is unfortunate that we still have two front runners in their 70s
running for the number one seat. This is because they have their
networks with the older generations.

How can the cost of funding political campaigns in Nigeria be reduced?

Politics is not a joke and that of
Nigeria is not the highest. When you talk about presidential election
campaign in the US, you are talking about trillions of naira when
compared with Nigeria. Basically, what they do in the US is buying
television space and advert placements in newspapers, online newspapers
and social media platforms. They consume a lot of money and those are
the platforms, which the electorate want to listen to the candidates.
But in Nigeria, it is about sharing money. For instance, to win the
primaries of a party, you would share physical money to the delegates
like what happened in Port Harcourt during the PDP presidential primary.
Each delegate goes to the convention expecting money and it is either
you buy it or your rivals will take over. Again, when you win the
primary, people expect you to bring money to them to mobilise for you.
That money will be distributed from states to local governments, wards
and polling booth level. The trend continues until elections are held
and you are expected to pay for polling agents in over 100,000 polling
booths across the country.

Is vote buying likely to be a major factor in the 2019 elections?

Vote buying, to me, is not dangerous. It
does not undermine democracy. This is so because people who are voting
have the choice of selling or not selling their votes. They have the
freedom to choose and that freedom can be given away, like what happened
during the governorship election in Ekiti State where people were
bought; it is simply exploiting poverty and illiteracy. It is not as bad
as what happened in Osun State where people were intimidated from
voting through the use of thugs to ensure that people did not vote.
Well, we can stop vote buying if INEC decides that no phones must be
seen around the polling booths. If there are no phones or cameras, you
cannot take a shot of yourself capturing the candidate you have voted
for. We can stop vote buying by preventing people from capturing the
image of their ballot papers as a proof to collect money. Once the
people that are buying the votes are not sure of who you have voted for,
they may be discouraged.

Do you think that the conduct of the 2019 elections will be an improvement over that of 2015?

I do not think so. The Osun State
governorship election was retrogression and a dangerous model. I think
that there might have been an incentive for the party in power to have
done that model. The gap was marginal but the opposition was leading. We
are likely to see much of that in the next elections. That was why I
said that a lot of people are going to be disenfranchised through
violence and aversion of security service. If we are able to avoid that,
it will be good. But once the police have been co-opted by the ruling
party, the thugs will have a field day. So, the whole thing will be for
the police to do its work by being neutral. If the security agencies are
neutral, there is no way thugs can operate. The Osun case was the last
election and it was a bad one for INEC, do not let us deceive ourselves.
Maybe we should not blame INEC for it because it only deals with votes
that are cast. And if people are not there to vote, it is not the
electoral umpires’ fault but that of security agencies. The security
agencies must be neutral. This means that nobody should allow the voting
process to be disrupted. The Osun case is a dent on the improvement we
thought we had recorded. Even the Ekiti election was okay because the
two main parties did not complain of people being prevented from voting.
The complaint was that votes were bought. The two parties were involved
in it; but one outsmarted the other.

What would be your advice to Nigerians as we approach 2019 elections?

Today, Nigeria has a leadership crisis.
Mildly put, our politicians are leading us in the wrong way. Politicians
have graduated from being parasites to predators and you can see that
people are looting. So, politics is no longer about service to the
people but getting there to become billionaires. We are in a mess. Who
is going to rescue us? The hope was that President (Muhammadu) Buhari
would come with anti-corruption crusade and everything would change. One
would have thought that everything about the APC would be to fight
corruption. But they started absorbing every corrupt person that escaped
from other parties because of their corruption. Today, there is no
difference between the APC and the PDP. But the critical point is that,
unfortunately for us, our election is not a celebration of our freedom. I
would like to think that Nigeria’s election is almost a funeral of the
death of democracy. The elections we are going to have are a funeral
because our democracy will be dead and buried. So, we must begin to
think of how to rescue Nigerians from the hands of these predators; that
should be our worry. When we are talking about Nigerians, we are
talking about two societies here – the society of the literate and
informed versus the mass society of the illiterate and ignorant. So,
while the few are agitating for better future of Nigeria on social
media, television and other platforms, the majority are not. So, the
minority must find a way of mobilising the majority for leadership
change. I am not a prophet of doom; we are at the periphery of a
revolution. Unfortunately, it is not defined in clear terms; our society
is rotten. Our leaders are not going to take us anywhere. They will
continue to be self-serving. And as long as they remain self-serving,
our development will continue to be stunted; unemployment will be on the
increase and crime will fester. Educational institutions will continue
to decay and ASUU will intermittently be on strike because money that
should have been put in the educational sector will be used to buy
bullet-proof jeeps by individuals. So, we are in a crisis of leadership
and this next election will not get us there. People must mobilise
themselves to take power into their own hands. I do not know how it will
happen, but that is the solution. 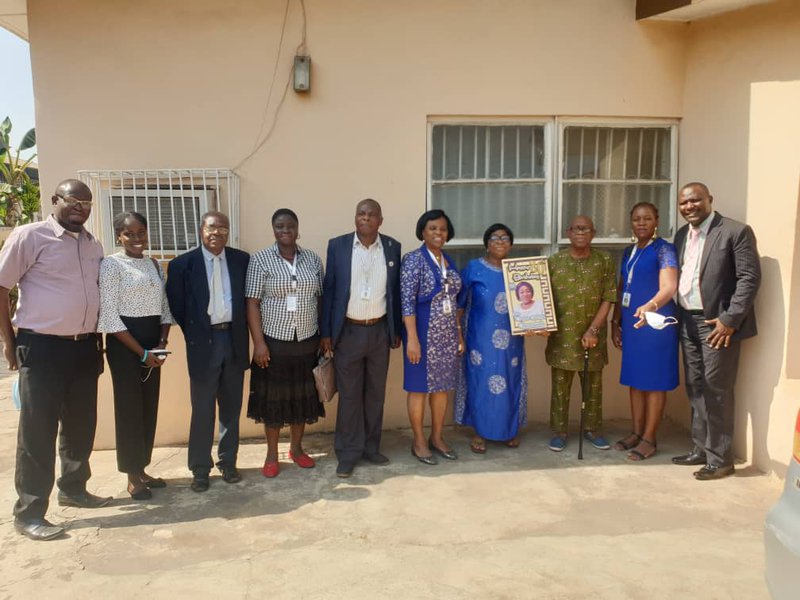 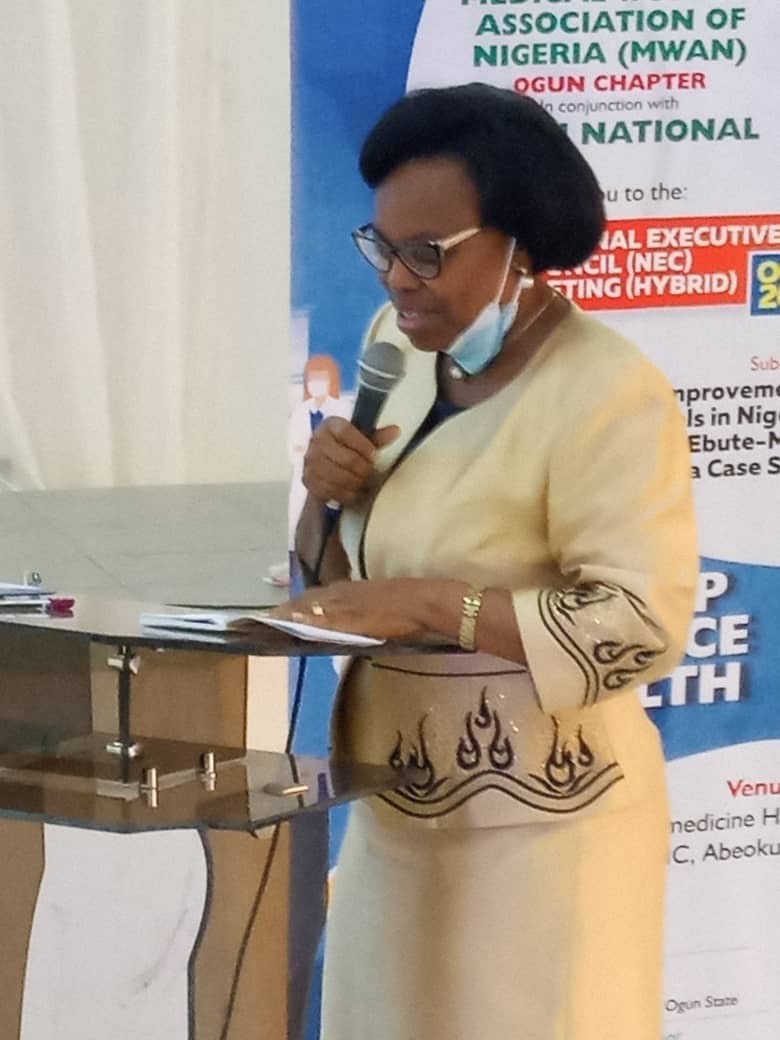