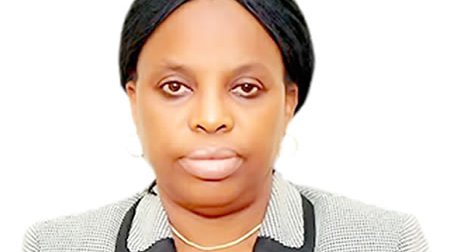 I JUST KEEP WORKING HARD AND PROMOTIONS KEEP COMING IN 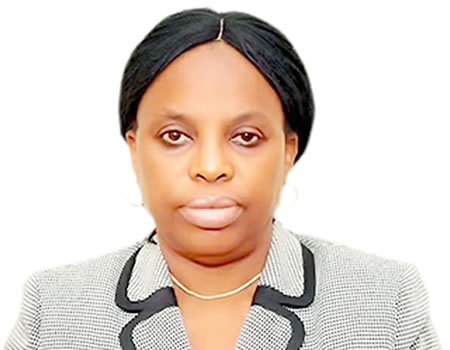 The Vice-Chancellor of Chrisland University, Prof. Chinedum Babalola shared with Tayo Gesinde of Nigerian Tribune in an exclusive interview published on tribuneonlineng.com, that her hard work attracted the titles to her.

Here is the excerpts of the interview.

What informed your choice of career?

From the beginning, my mum was our lesson teacher and her focus was for us to be very good in mathematics. So, she built the love for mathematics inside us that all I wanted to do was mathematics. I used to finish an exercise book of mathematics everyday and she would come and check it. In secondary school, my horizon expanded and I got attracted to technical drawing, and that was how I came about my interest in architecture which I believed to be the mixture of mathematics and technical drawing. Later, I changed my mind to study Pharmacy at Obafemi Awolowo University (OAU) because I did not want to study medicine. During my course of study, I fell in love with pharmacy and I have pursued everything that has to do with pharmacy all my life. My fear as a vice chancellor was that I would be distracted from my continuous research in pharmacy but I didn’t allow that. Till date, I still make my research in pharmacy. In summary, what I will say informed my career as a pharmacist was chance and God.

Why did you decide to stick to academics instead of working in a pharmaceutical company?

While in school, I was privileged to be among the best students and even got a Federal Government scholarship. It was the least paid job when I graduated but by then, I had yielded myself to God, so I began to seek God’s face in which area of Pharmacy I should go into because pharmacy is multifaceted. We are not confined to hospitals alone; we have various areas of practice. As of that time, pharmacy was very lucrative. The only area of pharmacy that wasn’t paying well was working for government and that was where God led me into. Also, Ife would always keep their best students after graduation to do their internship and even allow them to start their Masters. I was among the best students, so, I was retained. I went for my one year National Youths Corps Service (NYSC) programme, and came back, though not all of us came back because of the payment, but I was convinced that was what God wanted me to do. It was the toughest decision I made then because it wasn’t easy. It felt as if I had disappointed my parents, but to the glory of God, today there is no regret about my decision because I was divinely led to make the decision and I am happy I yielded.

Over the years you have recorded many firsts, What would you say is the secret of your success?

I never intended to be the first in anything. All I can say is that I worked hard and as I was working hard, the titles kept coming. I became the first female pharmacy professor in UI when I was the director of General Studies and that was a whole lot of responsibilities because I was in charge of all the students, both regular and distant learning. So, I was combining that with my research work. Of course, I was a mother and a wife also. I didn’t take long visits outside the country because of my family but I did make sure I go on short trips abroad to carry out researches. The secret is hard work, focus and determination. I am a very determined woman. Yes, I have my failures but I do get up and work harder so as not to fail again. My dream was actually to have my PhD at 25 and become a professor at 35 but it didn’t happen as I proposed. I guess my timing was not God’s timing. I had 10 years delay but I thank God that though delayed, my dream still became a reality. Another thing that helped me was mentorship. I had two career mentors: Professor Ajibola A. Olaniyi, one of the foremost professors of pharmacy in Nigeria. I remember he came to Ife twice to take me to Ibadan and I kept running away before I finally decided to transfer to Ibadan. He was my head of department and he is still my mentor. The other person is my research academic mentor, Professor Adeyinka Falusi. I got connected with her when I got to Ibadan and I kept following her. I saw in her things to emulate like zeal and determination

Looking back now, what would you say was the most defining moment of your career?

I have been getting a lot of fellowship awards most of which I rejected but I do accept the academic awards because they are based on academic merits. So I have gotten awards, recognitions which I could say were my defining moments. As time went by, I started desiring academic prices that attract money. In 2018, I got the May & Baker Award for the best and distinguished Pharmacist in Nigeria which I have tried for a few times but didn’t get till 2018. It wasn’t really a huge amount of money and I was excited. The last one I got was Kwame Nkrumah Scientific Excellence Award which was given by African Union. I was nominated by my mentor, and to my greatest surprise, I got a call that I won the award in the last day of 2019 after I had even forgotten I put in for the award. It was very exciting and honourable for me because we had to go before African Head of States and governments to receive the price. Another exciting part of it was that we were six and I was the only black among us and the only one from West Africa.

How have you been combining being a pharmacist, academic, mother and wife of a clergyman?

Well, I get this question all the time and what I will like to say is that it’s not been easy. Being a professor is different from being every other thing, but I would first love to thank God for my husband who has been very supportive. I married him when I just finished my Master’s degree and I was at the verge of making a decision whether to do my PhD in Nigeria or not. He saw me through the whole processes and of course it was in his house I became a professor. Being married to a man of God has been a very busy life for me right from my day one of marriage because I have a major role to play in his ministry. I used to stay up for days without sleep because my 24 hours are fixed up with activities. I just always make sure to commit my day in God’s hand. I delegate when I have to, and even when you delegate you still need to follow up. It has been a busy life I must say but God has been helping me.

How has the experience been, as a vice chancellor?
This is another aspect of my life that is entirely different from every other one I have experienced all my life. I never saw myself becoming a VC. I never expected it. I reluctantly went through all the processes of interview, and when I got the news that I was chosen, I lost my balance. I took up the responsibility and it was very challenging. This was a university that was struggling to stand. They were just two years and they had had three or four acting vice chancellors. I met 57 students in the entire university and they were in their third session. Actually, everything was already in place for the school; they just needed someone to help put everything into shape and that was where my job comes in. I came in November 2017 and by March 2018 we were over 100. It’s been a whole lot of work and responsibilities, first of all, to increase the number of students isn’t easy. Also, being a private university without any financial help from the government or church, because it wasn’t faith-based, mentoring students and building capacity in them was another work entirely. There was also a need for staff development, and for this reason seminars were organised to equip the staff with the appropriate knowledge needed to carry out their duties as expected. We also had to go through NUC Resource Verification to get full licence for the school, and that was a success. We now have our full licence and the school went through the first accreditation process ever. There was also the need to organise professional programmes to expand the school and now we have 11 new professional programmes and we have established College of Basic Medical Sciences. We have got approval to run Nursing and other health programmes. God has expanded our Computer Science and now we run Cyber Security and Software Engineering. Buildings are coming up for the College of Law and other ones and this year by the grace of God, we will be applying for Law licence. It has been stressful, I must say, but I thank God there are results for the hard labour. We are over 300 now and we have gone through our first graduation of just seven students which the university started with. The graduation was great because it was a means of appreciating the students and their parents for choosing Chrisland University when there was nobody. The university is growing and we can stand anywhere in the world.

This is the month of women. What advice do you have for women, especially young girls?

There are a lot of opportunities for women; the world is focusing on women. So, by now, I do not expect any woman or young girl to complain of not being given an opportunity because there are a lot of opportunities out there for all young girls and women in the world as we speak; all we need to do is to find opportunities and grab them. For a young girl, it’s easy to truncate your future by engaging in immorality at a very tender age because the fantasy of young girls nowadays is men at the expense of their career. So, as a young girl, I would say manage your emotions, your choices, your peer and focus on being the best. There are grants for women who own a business brand to support them financially and to talk about business owners, business doesn’t stop from being educated; education will help you be a better entrepreneur. So, as a young business owner, get good education and pursue your dream. When it is time for marriage, let God guide your decision of who to marry because marrying a wrong man could eventually lead to break-up, which will affect you from achieving your dreams. Don’t sacrifice some of these basic life lessons on the table of success, try to balance it. Work hard to be successful; be focused; be prepared to work more than the man and be determined. For those who already have a vision to be the best, I want to tell you it’s possible to make your vision a reality. Having a mentor is also very important. Have a role model. Study your role model; learn from her and success will be yours.

A WhatsApp group "CHRISLAND B-ACCTG" has been created solely for Basic Accounting Processes and Systems course.

MESSAGE FROM THE OFFICE OF THE REGISTRAR