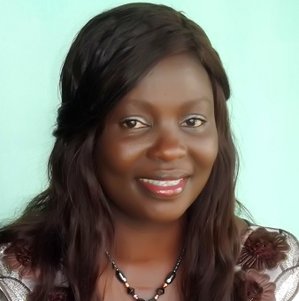 Dr. Olufunke Rebecca Vincent began her higher education career at the Federal College of Education, Abeokuta, where she obtained NCE certificate in Integrated Science (Double Major). She later proceeded to University of Agriculture Abeokuta, now Federal University of Agriculture, Abeokuta (FUNAAB) and obtained a B.Sc. Degree in Mathematical Sciences (Computer Science option) in 2000; M.Sc. and PhD degrees in Computer Science in 2005 and 2010, respectively. During her PhD programme, she spent one year between 2008 and 2009 with the Computational Intelligence Group, Clausthal University of Technology, Clausthal-Zellefied, Germany, where she carried laboratory and experiments. In 2014, she had Post-Doctoral Fellowship in Germany in 2014 where she also has acquired certificate in German Language. She is a Chartered Information Technology Professional (CITP).

Dr. Vincent is a Senior Lecturer since 2014 at Federal University of Agriculture, Abeokuta.  Presently, she is the Acting Head, Department of Physical Sciences at Chrisland University, Abeokuta on her Sabbatical leave. Her research areas include Computational Intelligence, Images and Vision, and Information Security. Her research focus has been mainly on Image Processing and Business Intelligence Systems in which she apply Complex Systems to e-commerce analysis and Security.

Dr. Rebecca Vincent has visited a number of international academic institutions for training, workshops, conferences and research stay in the United Kingdom, Indian, Germany and Italy. She has won national and international recognitions and awards, including that of the Federal Government award for postgraduate studies in 2002, PhD Research Fellow in 2008, a Post-Doctoral Fellowship award of the TWAS-DFG Cooperation visits Programme for Scientists from Sub-Saharan Africa in 2014. The TWAS-DFG award made her to return to her group in Germany for further collaboration and research in 2014. In 2015, she also won Google Scholar Award in Web Ranking of Universities in Cybermetrics Laboratory by Consejo Superior de Investigaciones Cientficas (CSIC), Spain. In Addition, Academia in Information Technology Profession has bestowed on her the most Distinguish member in 2018.

She has published several papers in peer reviewed journals and edited Conference Proceedings. She teaches Theory of Computations, Numerical Analysis, Modelling and Simulation, System Analysis and Design, Operating Systems, Programming and Algorithms and Software and Agents-Based Engineering. She is a member of Nigeria Computer Society (NCS), Computer Professional Registration Council of Nigeria (CPN), Women in Information Technology Society, Nigeria (WIITSoN). She is presently the Treasurer of Academia in Information Technology Profession and alumnus member of Computational Intelligence group of TU-Clausthal, Germany. She is also a member of Institute of Electrical and Electronics Engineers (IEEE) International, Association of Computer Machinery (ACM) and Association of Computer Machinery for Women. She is happily married with children.

You are invited to Phase One of the 6th Matriculation Ceremony

Chrisland University Vice Chancellor, Prof. Mrs. Chinedum Peace Babalola is set to speak at the 2021 celebration of the International Day of Education organized by African Union

The Management of Chrisland University has disclosed that physical resumption of students for the continuation of the first semester, 2020/2021 session will commence on Sunday, 31 January, 2021 and Sunday, 7 February, 2021.