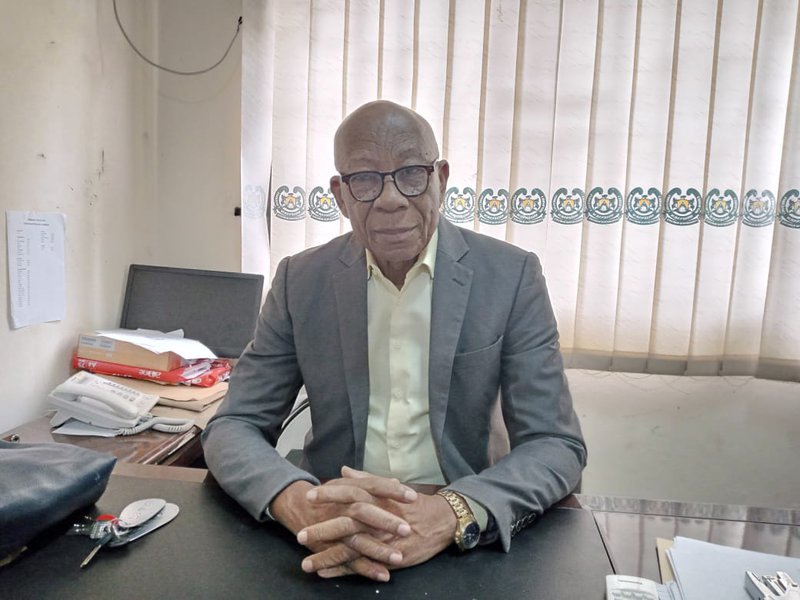 ACADEMIC & PROFESSIONAL ADMINISTRTIVE EXPERIENCE: A former:  Head of the Department of Biochemistry, College of Medicine, University of Ibadan; Head of Biochemistry (1993-1996), Overseer of Anatomy Department, Ag. Dean of the Faculty of Basic Medical Sciences and Ag. Provost all @ the College of Health Sciences, Ladoke Akintola University of Technology (LAUTECH), Ogbomoso as well as Stand-in Ag. Vice-Chancellor of LAUTECH (1993-1995); Head of Biochemistry Department and of Clinical Chemistry Teaching, Chairman of the Division of Basic Medical Sciences (BMS), and Representative of both the Divisions of Pathology and BMS in the Research and Ethics Committee, all at the College of Medicine of the University of Malawi (2004-2007); Consultant Executive Director & Chief Executive Officer (C.E.O.) of the Food and Chemical Safety Environmental Action Team – Tropical (FACSEAT – TROPICAL), a Non-Profit Non-Governmental Organisation (NGO) based in the Republic of Malawi (2005-2008); Presently: Secretary to the
Board of Trustees and Honorary Consultant Executive Director & C.E.O. of the Food and Chemical Toxicology Development Initiative (FCTDI) - an international non-profit NGO devoted to stakeholder co-operative, collaborative, participatory and consultative effort in the promotion of food safety in Nigeria as established under the Companies and Allied Matters Act No. 1 (Part C) with Trustees incorporated in January 2012, P. O. Box 9922, University of Ibadan & NGO office @ Suite 102, The Reception Lobby, The Temperance Hotel, Bells University of Technology, Ota, Ogun State (NIGERIA)

RESEARCH INTEREST: Biochemical and Environmental Toxicology with a special focus on the carcinogenic N-Nitrosamines, Cassava cyanide and Mycotoxins, in relation to food and chemical safety in the tropics;

RESEARCH PUBLICATIONS: Over Eighty Six (86) first class and original  analytical reports and studies in mostly well-known and reputable international journals and almost entirely on the interaction of food toxicology and carcinogenesis, the latest being in the year 2021;

HONOURS & DISTINCTIONS OF NOTE: Emmanuel Ndubisi Maduagwu, PhD, FAS, FAMedS, Professor and Head of Biochemistry, Chrisland University Owode-Abeokuta, Nigeria; Food Safety Consultant CEO-Toxicologist @www.fctdi.com.ng has been honoured on several occasions by his peers, professional societies, research foundations, research grant awarding bodies and Foundations as well as the international community for his enduring contributions as a university teacher, administrator and researcher in the tutelage of numerous Nigerian and Malawian doctors and medical scientists in their Medical Biochemistry education since 1978, to date, 32 years being as a full professor of the University of Ibadan; in winning in 1989, through open competition and expert assessment, the prestigious Horatio-Oritsejolomi-Thomas-Fellowship Inaugural Award “for distinguished research and publications in medical science in Nigeria”; and in elucidating a novel molecular pathway-mechanism unifying N-nitrosamine and cyanide metabolisms in food toxicology and carcinogenesis interaction. He establishment of a reputable biochemical toxicology research and teaching laboratory at the department of biochemistry of the College of Medicine,  University of Ibadan; Production of many Doctoral and Master degree graduates who have themselves become Professors and University Vice-Chancellors or Fellows of the Nigerian Academy of Science and other such bodies distinguished in science, in their own right; The first ever and only candidate in the whole of West Africa to obtain a Distinction Pass (A1) in English and European History at the University of Cambridge organized West African School Certificate Examinations of 1962; In January 1989 one of his ground breaking research results was used as Cover Page design of one of the most prestigious journals in the scientific world - the Annals of Nutrition and Metabolism; Appointed by the Ministry of Science and Technology of Malawi as member of a Panel to review a Draft Report on assessment of the requirements for establishing a Biosafety/Biotechnology Regulatory System in Malawi, as conducted by IFCD & the AIMS Project in 2004; appointed a Consultant by the South Africa Development Community (SCDC) Heads of Diplomatic Mission in Lilongwe, Malawi to tackle emergent issues arising from the 2002 Maputo (Mozambique) conference Meeting of the African Union on the subject of cassava plant cyanide and food security in the SADC region (2003); appointed a member of the Malawian delegation on food safety to the Codex Alimentarius Commission Meeting in Rome by the Council of Non-Governmental Organizations of Malawi (CONGOMA) (2006); appointed as Chairman of the Staff Disciplinary Committee of Covenant University 2015/2016 academic session; appointed as  Chairman of the Research Facilitation Committee of the School of Natural and Applied Sciences, College of Science and Technology, Covenant University, Ota; appointed as Chairman, College of Science and Technology Quality Assurance and Academic Standard Committee, Covenant University, Ota; appointed as the  Chairman, Departmental Quality Assurance & Academic Standards Committee of Covenant University, Ota; Chairman, College of Science and Technology Ad Hoc Committee on NUC Accreditation; appointed as Chairman, LOC, 1ST envisaged CU International Conference on Teaching Methods in the university; appointed the Chairman of Departmental Advisory Committee, Department of Biological Sciences, Covenant University, Ota; appointed Member, Corporate Partnership Sub-Committee of Covenant University International Conference on African Development Issues (2015); appointed a member of the College of Science and Technology Publications Committee, Covenant University, Ota (2017); appointed a member of Covenant University 2018 Academic Brief Review Committee; Served and still serving as
external examiner of Doctoral theses and external assessor of Professorial appointments across many universities in Nigeria; Invited, on personal academic achievement and recognisance to vie for the vacant Vice-Chancellorship position at the University of Zambia Lusaka, Zambia in December 2016