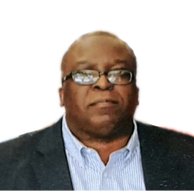 Dr. Chief Olufemi Babatunde Awosika was born on the 27th of September, 1967 in Lagos.

He began his education at Grange School GRA, Ikeja and briefly attended Igbobi College, Lagos and then Government College, Ibadan.

He continued his education at Bradfield College, Berkshire, England. For his first degree in Pre-Medicine, he was admitted into the University of Massachusetts in Amherst in 1989 where he graduated with Honors in 1993 and then completed his Master Degree in Public Health in 1994.

He qualified as a U.S trained Medical Doctor in 2006 and having done his Residency in New York, he became a United States

Board Certified Physician in 2010 where he is currently residing and practicing medicine. Dr. Chief Olufemi Awosika holds a traditional Chieftaincy Title of Ademarayola of Owo, Ondo State since 1996.